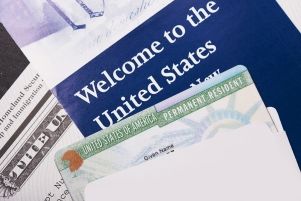 Immigration has been a polarizing subject throughout the nation's history. And yet despite the fear mongering and lies from the opposition, the truth of the matter is that immigration is a source of economic vitality and demographic dynamism in America. Immigrants are taxpayers, entrepreneurs, job creators, and consumers—but sadly the immigration system is broken. The pathway to citizenship for undocumented immigrants living and working in the United States is a complicated and often unfair ordeal, which is why anyone seeking temporary or permanent residence in the U.S. needs to consult with an experienced immigration lawyer in Phoenix. If you or someone you love is seeking resident status, the following facts and figures will help bolster your case against any opposing voices you may encounter along the way.

Naturalized citizens earn higher wages, consume more goods and services, and pay more in taxes, which in turn creates economic growth. If the undocumented immigrants currently residing in the United States were granted legal status and citizenship within five years, the 10-year cumulative increase in the U.S. GDP would be $1.1 trillion. Non-immigrants would also benefit, as pathways to citizenship for undocumented immigrants would increase the earnings of all American workers by $618 billion over the next decade.

One of the major concerns facing young Americans is dwindling Social Security. Fortunately, citizenship would allow millions of undocumented immigrants to work on the books and contribute to Social Security to the tune of $606.4 billion over the next 36 years. These contributions by naturalized citizens alone would support 2.5 million American retirees.

Speaking of retirees, as Baby Boomers retire en masse over the next 20 years, immigrants will be crucial to fill these job openings and promote labor market and economic growth. An estimated 58.6 million new workers will be needed to fill these retirements, but only 51.3 million native-born people are projected to enter the workforce, meaning that immigrants will be crucial to filling the additional 7.3 million job openings. Without a strong immigrant workforce, the U.S. economy could experience a slowdown.