Unless you have U.S. citizenship, you may be concerned about the possibility that you may be deported someday, with good reason. Making even a simple mistake may result in your receipt of a notice to appear. If you have received this notice, you’ll need to contact a United States deportation attorney right away. Your deportation attorney will review your case and determine which strategy might be most effective for fighting deportation. 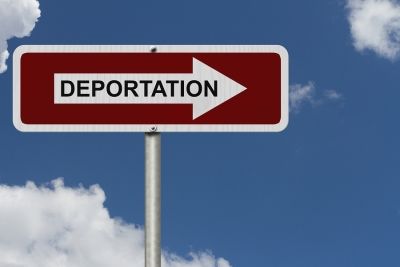 Evaluate the Notice to Appear

After evaluating the notice to appear, your deportation attorney can help you understand why you may have received it. While there are many different reasons for deporting an immigrant, deportation cases often arise as a result of allegedly unauthorized presence in the country or criminal convictions. Deportation attorneys can argue against these allegations in court, such as by arguing that a criminal conviction was not reflective of a crime of moral turpitude, nor was it an aggravated felony.

Apply for Cancellation of Removal

If you have been living in the U.S. continuously for at least 10 years, your immigration lawyer may recommend that you apply for non-lawful permanent resident cancellation of removal, along with a green card. To be eligible for a cancellation of removal, your immigration lawyer must demonstrate that you have not violated certain laws or been convicted of certain crimes, you are of good moral character, and your removal from the U.S. would inflict significant hardship on your qualifying relatives. Qualifying relatives are spouses, parents, or children who are U.S. citizens or lawful permanent residents. It can be difficult to meet the significant hardship requirement. However, it is possible. For instance, your immigration lawyer may argue that your child would face significant hardship upon removal if he or she is gravely ill and your native country lacks adequate medical care.

Another way to deal with a deportation case is to request asylum or refugee status. If you are granted asylum, you can stay in the U.S. indefinitely, you’ll have permission to work, and you can apply for a green card. To be eligible, you must demonstrate that you cannot return to your home country because you faced persecution there or you are likely to face persecution if you return there. Persecution is defined as significant oppression, as in the case of genocide.